Ash wears a red vest with a white collar, a white short sleeve undershirt, baggy blue jeans and a pair of red and white sneakers. He wears a usual red hat on his head and a blue magatama necklace around his neck. He wears a Mega Ring on his right middle finger. He will sometimes wear his Z-Power Ring on his left wrist or his Dynamax Band on his right wrist.

Ash is incredibly selfless, he will often go to extraordinary lengths to earn a Pokémon's trust and respect and to better understand a Pokémon that he sees as troubled. He is also very fair-minded and trusting, a true testament to his good-natured character.

Ash has a strong sense of justice, especially when it comes to Pokémon. If a Pokémon is in trouble, he will make every effort to help them, even if he has no prior connection to them. If they are the cause of trouble, he will stop them, and then try to understand them, with almost all such occasions being a case of the Pokémon, or their Trainers or friends, having a problem which can't be resolved normally. In those cases, he will selflessly volunteer to help them. Should the problem be caused by humans, such as Team Rocket, Pokémon thieves, hunters, or poachers, Ash will resolve to do anything in his power to stop them.

Never straying from his goal, Ash has remained loyal to his friends, family, and supporters, but most of all his Pokémon. Ash became a great Trainer by learning to find and use the inner strength of each of his Pokémon by bonding with them. He also learns where their hidden abilities lie, as well as resorting to unorthodox strategies when fighting particularly challenging opponents. He is happy when his Pokémon evolve but lets them choose whether or not they want to evolve instead of forcing them.

Physically, Ash is in very good shape, especially for someone 10 years of age. He has a lot of stamina, walking miles upon miles through all kinds of environments, while journeying between towns on his journey. He also has huge endurance, as seen when he took powerful attacks from various Pokémon head-on and then recovering quite quickly. Furthermore, Ash has demonstrated himself to be a bit acrobatic. Ash has occasionally displayed great reflexes, being able to dodge attacks or catch falling objects out of the blue, and even being able to save himself, or others, in the last second during perilous situations. What's more, Ash has exhibited tremendous will power, as seen when he took attacks for long periods and keeps advancing. He is also strong, being capable of picking up heavy Pokémon such as Larvitar and Hippopotas.

Ash possesses some special abilities as he has the rare ability to use Aura. He is said to have the same Aura as Sir Aaron, a legendary hero, and is able to manipulate it in the same way. Therefore, he made a connection with Sir Aaron's Lucario. He is also known to meditate with his Pokémon in order to give them more patience and calm them down in dire situations and his meditation went to another level when he captured his Riolu that later evolved into a Lucario. He also trained his body and trained in the art of stealth in order to defeat criminal organizations. With his trained body, he can maintain his balance so he can perform moves like somersaults and flips with ease without losing his balance or making a sound.

Ash will get angry if someone hurts someone close to him, especially if his younger siblings, Silver and Leaf, get involved. In most situations he is still quite reckless, but he also makes sure to not cause severe damage to his surroundings or to others near him.

Before becoming a research fellow for Pressor Cerise and during the 5-month timeskip, he matured significantly and took part in events that involved criminal organizations more seriously. He also learned how to cook from his mother prior to her death and learned many things from Professor Oak such as Pokémon's abilities, typings, and how to train and care for them. He also become more wiser, serious and smarter to the point he can analyze a battle and maintained his unexpected battle styles.

Ash suffers from PTSD from disastrous events he took part of such as the Alamos Town and Team Flare incidents. Since defeating Team Galactic, he metaphorically wears a mask to hide his emotions and acts like everything is alright, making it seem like his personality is cheerful. Although he hides it, he no longer trusts anyone right away. It had taken months before he fully trusted anyone like Professor Kukui and Burnet. He has had mental breakdowns in front of his mother, Professor Oak, Tracey, Brock and Gary before. During the 5-month timeskip, it was revealed that these issues slowly started to heal and he began to show his true personality. Although he stops wearing his mask and shows his true personality, he still maintains his cheerfulness and smile from his fake personality. Even if he has become more serious, he is still upbeat and laughs constantly, showing how much he has healed and improved from his nightmares and PTSD, but that doesn't mean they are completely gone (PTSD can never be cured).

As a Trainer, Ash has caught and befriended a sizable number of Pokémon throughout the book. His philosophy on training is that Pokémon are individuals and that a combination of trust, friendship, and hard work are needed to overcome adversity. Several of Ash's Pokémon were caught because they allowed him to after he befriended them. He is willing to work with any Pokémon that comes into his care. Ash has stated that he believes in quality over quantity.

Ash's battle style is generally spontaneous and fairly unorthodox (Being able to easily fight under type disadvantages), and his Pokémon often reflect these traits. He has been shown to use unusual strategies. Ash stated that his unique strategy is the one he can truly count on, instead of simply mimicking others.

Ash is very attached to his Pokémon and prefers to battle and train with them personally. Furthermore, he cares about their opinion, even giving them the option of whether they should evolve or not. However, if it is by their wish, or if he believes it is best for them, Ash will reluctantly trade or release them, and in some cases, leave them with more experienced individuals so that they could get stronger. He has done this for Primeape and Lapras. He has left them with a more experienced individual or released them respectively.

Ash currently has ownership of 77 Pokémon, including all 30 of his Tauros. Including pre-evolved forms, traded, released, and given away Pokémon (and not including the additional Tauros), in total, Ash has currently officially owned a total of 98 different Pokémon species.

At the Cerise Laboratory

With Kukui and Burnet

Dynamax Band
(Given by Leon)

Rainbow Wing
(Given by Ho-Oh) 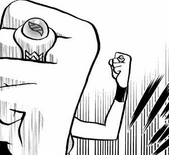 Keystone
(Given by Gurkinn)

Silver Wing
(Given by Lugia) 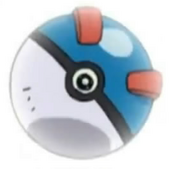 Solganium Z
(Given by Nebby)

Ash in the Kanto and Johto Region and Orange Island

Ash in the Sinnoh Region

Ash in the Unova Region

Ash in the Kalos Region

Ash in the Alola Region

Ash and Lucario releasing a wave of Aura as Riolu

Ash upon catching a new Pokémon