Not to be confused with Camper Cameron or Lass Cameron, Or Cameron the Photographer, OR Ranger Cameron.

Cameron is the Main Character part of Pokémon D Double P, a fanfiction written by KP

Cameron is from Twinleaf Town, Cameron is sometimes like Pearl in some ways (Rushing, Impatient), As Cameron was two feet away from the Grass Patch with Cory watching him...Rowan yelled and got their attention, Cameron was given a Turtwig and Cory was given a Chimchar. Cameron considers himself an Ace.

Cameron easily bested all Gym Leaders except for Candice. (Ice, being his Core Weakness of all his Pokémon) He also has a bad reputation with Team Galactic. Thwarting most of their plans. The other plans being thwarted by others.

Cameron is the Sinnoh Champion, usually controlling Dragon and Grass types. He's bested four who challenged him. He also gave new rules for the Pokémon League, there must be Double Battles (Aaron and Bertha, Flint and Lucian, lastly Cameron and Cory)

Cameron later took interest into creating the Alpha Battle Frontier...being one of the leaders of the Draco Maw inside, along with Cory and Joshua.)

Cameron can also be found underground digging with Dawn and Cory. (With Cory and Cameron taking each others' flags much to Dawn's Distaste.) It's "Why can't you two get along?" This and that...

Cameron is also known to own a Resort Villa at the Resort Area, Cory was the first one to know and went off telling everyone Cameron knew, Dawn, his Mother, Professor Rowan, Riley, and Buck. Cameron's rumored to have a themed party every season.

Cameron also shows a dislike for Valentine's Day, but also in that day, he revealed himself as the Rogue Crusader to Dawn, Dawn started calling herself stupid but Cameron comforted her, actually slowly falling in love with her.

Later Cameron bought a bouquet of Gracidea Flowers for Dawn after talking with Megan, They later went out to dinner and making an Accidental Encounter with an empire of some sort, Cameron was hit in the head by one of their parts in their Machines.

After hearing the return of Team Galactic and the Cipher Organization, Cameron (even though wounded) tries to get out of rest and immediately face them. Victor "Held him" back. However, Cameron was then restored by Victor Lightning's Mysterious Powers, however, also at that time, Dawn and Lovrina were body-switched (Much to Cameron's Distaste)

Cameron and Victor planned an Attack on Cipher's Lab, taking a major hit on the Galactic-Cipher Organization, as well as a hilarious confusing moment upon Naps.

Later on, Cameron returned to Veilstone in search of Dawn, But the Department Store exploded when Cameron was inside it, many people presumed him dead for about five minutes when he turned out to be behind them all. Cameron suffered Second-degree burns and a sprained Left Arm.

After his recovery Dawn turned out to be recovering from the Body-switcher, Cameron visited her and was found out to be the Rogue Crusader from Victor and his troops. Cameron tried pranking but failed.

After the raid Cameron was with Dawn, both of them recovering, he, however choked on a piece of Meat and fell unconscious (After Megan attempted the Heimlich Maneuver) Lieutenant Magnetron tried to use Shock to reset his Body Pace but, it ended up setting his hair on fire.

Cameron later puts the fire out with his Gloves, however, he worries that himself being a magnet to trouble might end up getting Dawn hurt. Cameron also revealed that he loves to challenge himself to get tougher. Cameron also showed Cory's previous mishaps with May.

Cameron later revealed that he and Cory are slightly affected by Aspergers' Spectrum Disorder. The day after, his Hair is fuzzed by Static. As Megan saw this, She released her Ghoulette, Cameron asked his Pidgeot to Windswept his hair. (Stating he has not does it in Months)

Cameron then went underground, having an encounter with Paul, as well with a Bastiodon, Also with a lone girl with Amnesia. Also being glomped by Dawn, and experiencing Lightning's fight with Criminals. Cameron also offered for Dawn to take his flag, as well as siding with her in Underground..

Cameron later helped Magneton get back a magnet which May stole as revenge for imprisoning Cory. However, this caused Dawn to break up with him (Which he dealt with fine)

Cameron is shown to care deeply for his friends and Pokémon, making sure they're alright at nearly all times, as well as being chivalrous, however, despite this natural nature, he has a wicked hot temper and could easily be angered on criticism, he also has a habit of getting into trouble.

If the player has the same clothes and looks as Cameron also named "Cameron", Alpha Battle Frontier is an exclusive part to the storyline. Allowing the player to see the building part of it. However, there is a code given to get Cameron's clothes if the player pre-orders the game. It also shows Cameron's Past, the Player will get all of Cameron's Pokémon which are for some reason, untradable (Seeing so players won't get confused.) Also, Cameron responds with every word said to him without the player having to pick. The Log with the quotes said by Cameron is currently being made.

Cameron lets out a Smirk, pulling out his Silver and Blue-schemed (Sinnoh) Pokédex.

It shows Cameron's Shadow at first, until the Screen lights up only to his lips, showing a grim smile.

Dragon Ace Cameron tosses up an Aura Ball with his left hand and catches it with his right.

It can be seen here.

Battle Brain Cameron gives a stern look to the player before giving it a bring-it gesture.

Dragon Ace It shows Cameron's Face, well, not all of it.

Cameron first gives a look to the player character, he digs into his pocket and grabs his Red and Black (Johto) Pokédex.

Cameron looks at the player while curving his hat.

Cameron closes his eyes and smirks, tossing an Aura Ball (Most likely Solar's) up and then catching it with a backhand motion with his right hand.

Cameron waves at the player character grinning as he grabs out an Aura Ball.

Cameron gives an intimidating stare at the player character, then closing his eyes.

Cameron is preparing a Pokéball with a smug look on his face.

Cameron tips his hat, having his hand at his side.

Cameron's Rematch Team is revealed by battling the Bureaucrat Cameron on the Pokémon Online Battle Simulator. Which can be downloaded [Pokémon-online.eu here].

Cameron is shown to hate Valentine's Day, seeing in some roleplays, he spends most of the time locked up in his Villa, hoping to get no visitors. (Though he accepts Cory, Dawn, David, Drew, Kamitsure, Megan, and Professor Rowan only on this day.)

Cameron was formerly naive and hyper-active.

Cameron is shown to be somewhat oblivious to danger. (Seeing that he's only been beaten once by his sister)

Cameron favors Dragon-type Pokémon, similar to Lance. But as well as Eevee Evolutions and Turtle-like Pokémon (Squirtle, and Torterra)

Cameron's original hair color was White, but changed to Brown. To be more based off of the User of the same name.

Route 216 is Cameron's Theme on a friendly encounter. 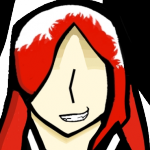 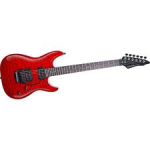 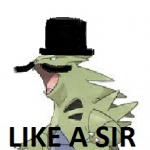