Dawn is a contest coordinator as well as a Pokémon Trainer from Sandgem Town, Sinnoh. She also plays a major part as Professor Rowan's assisstant in the series DP: Sinnoh Stars.

Piplup is Dawn's Sinnoh starter Pokémon. It was given to her from Professor Rowan. Dawn's Piplup is a proud one. It rarely eats because the Piplup species is too proud to accept food from humans. As a result, this Pokémon faints very easily in battle or a contest. Piplup also has a short temper. When Lucas's Ampharos accidentally bumped into Piplup, it was shown to be quite angry. Dawn tends to keep Piplup out of its Poke Ball. It currently knows the moves Pound, Peck, BubbleBeam, and Whirlpool.

Pokemon To Be Obtained

Dawn's best friend is Lucas. They work together to fill out the Sinnoh Pokédex for Professor Rowan. A romantic relationship between the two has been hinted.

This article is very short (stubby). Please add more if you are the creator. 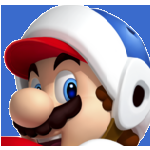 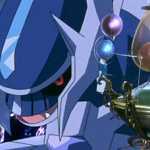