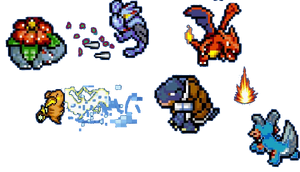 Team HydroShock is an older Exploration Team. They specialize in dungeon sweeping and stealth explorations. 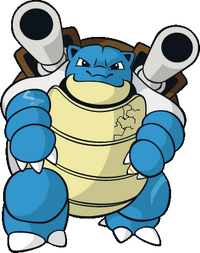 Hydro is the founder of Team HydroShock. She tries hard to be a dispassionate leader.

Amp is rather absent-minded nowadays, and dislikes needing to exert himself. In his younger years, he loved to zap objects and Pokémon with Thunder. He can also create electrical field cages around people and objects. 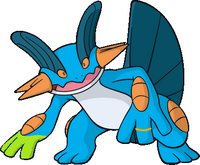 She is Hydro's best friend; they have been since they were kids. She usually uses Focus Punch in hand to hand combat, but prefers to protect her team rather than attack. She floods the battle area with mud to slow down enemies. She is almost always seen with one bright green Focus-Glove on. 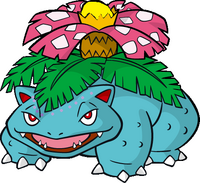 She took a class from Alakazam as a young Bulbasaur, and is the resident Psychic on the team. Consequently, she has sworn the Privacy Oath. She is Amp's bodyguard since she can foresee attacks and he doesn't observe his surroundings well. 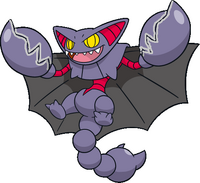 Married: Melon the Flygon, they have a son together. Trapinch Anclein

Gliscor wants to be the leader. He is quick to judge Pokémon and situations, and Hydro does not give him much say in matters because of this. Don't get in his way when he is enraged. He is foolishly brave, and likes to shoot spikes and sting Pokémon first and ask questions later. His favorite move is Aerial Guillotine, but he has quite a bad aim. He is a bad influence on Charizard. 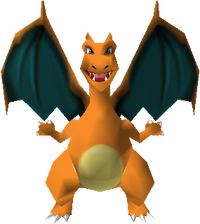 Charizard's youth shows with his teenageish attitude. He rushes into battles quickly, and his decision making is a little off. He likes to burn Pokémon, and has an obsession with fire. Gliscor loves to teach him goofy tricks, and together they play harmless pranks on other Pokémon. However, he has a good heart, and only wants to make the world a better place.

Not much is known about it, but rumors are going on that Hydro reports to a Master, and that master has watched over them. It once came out in the open, and caused mass destruction to an army of foes my opening up a wormhole. It is many times bigger than many Dialgas, including Roy Sparks. It is Master Dialga's grandfather. It was the first Pokémon to be made out of Arceus's soul.

He appears in Roleplay: The Destiny Tower, Arceus' Power Unleashed!.

Retrieved from "https://pokemonfanon.fandom.com/wiki/Team_HydroShock?oldid=300524"
Community content is available under CC-BY-SA unless otherwise noted.