"In the beginning, there was an experiment on a distant planet, Gallifrey. Little did the inhabitants of this planet know that this was about to be the Origin of all Pokémon, as well as many other events..."

The Academy of Power was a wondrous place. All the professors were masters of their respective disciplines, and cared deeply about the success of each student. Of course, these students all showed potential from the beginning so neither caring nor teaching were very difficult at all. However, there was one student that made all of his teachers uncomfortable... 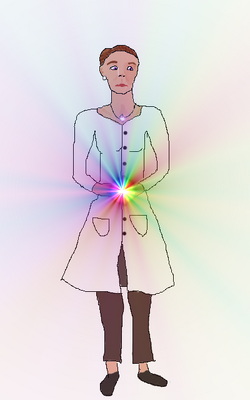 "Steady...steady...There! Keep that chromosome right there!" A mysterious male figure in a dazzling white lab coat was directing a group of scientists in an experiment on creating new battle forms for his leaders' war.

"Alright. The way we've configured this one, it'll be similar to a Terran "rodent". However, it will be pink, able to levitate and have many, many powers." One of the scientists ventured. "Waqron, when we place humans with these little monsters I think they'll need some sort of creation myth..."

"Well, then we'll give them one. Let's grow this current one, but clone it and modify the clone's ZNA to be a jeweled, horse like creature." Waqron asserted, "Let's call the current creature Mew. I believe it will endear the human inhabitants if we call the new one Arceus. Mew and Arceus, the creators. They must be able to emulate us on this new planet, Origin."

Retrieved from "https://pokemonfanon.fandom.com/wiki/Titans_of_the_Stars?oldid=299177"
Community content is available under CC-BY-SA unless otherwise noted.