Just a random roleplay for bureaucrat Uni and admin Lightning

Tyranitar: "So, Lightning what exactly are we doing here?"

Lieutenant Magneton: "And they're likely to be found in an army, if that's what the name implies."

Detritex: "Remember, Palkia and Zangoose need to be stopped, too." 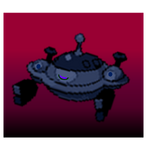 Victor Lightning: "Oh, ve are well aware of that. I'm sending my troops out in full force."

Saysayylene: "So, where do you think they are headed?"

Pikachu XXV: "Most likely they're headed to Aegis Cave."

Victor Lightning: "Hurry! They went through the northern corridor!"

Lieutenant Magneton: "Be careful! It could be a trap!"

Venusaur: "I don't think so, I sense nothing."

Victor Lightning: "Because you are out of control! You can't just go after Lux because he's the son of a random Dialga."

Dialga TBH: "Clinger, this guy is weak! Help us take him dowm!"

[Clinger and Latchgrip open fire on Palkia with Zap Cannons]

Dialga TBH: "This is It! Palkia!" *slashes palkia's throat with a very sharp Dragom Claw*

Lieutenant Magneton: "That was too close..."

Pikachu XXV: "But the Zangoose has escaped!"

Waqron: "Where is that Zangoose? We should watch ou-" *zangoose ponces on him and knocks him out*

(All characters with pictures have been introduced, no more need for pictures)

Lieutenant Magneton: "There he is!"

Detritex: "Zangoose and chips, anyone?" *Gets out meat batter and deep frier with potatoes and frie cutters*

Infinity: "Now what are we going to do?"

Lieutenant Magneton: "Forgive me for asking, but nonucbleac fluid? What is that?"

Detritex: "Hey, not everyone knows! Nonupbleac fluid looks a lot like water. But, its not. It sucks up all the power a person has, and transfers it to the host. The thing is, you need to figure out who the host is to stop it."

Infinity: "It is what is flooding the planet."

Victor Lightning: "The problem is that the host may be under all of that fluid, and I will not take such a risk with any of my troops or my team."

Infinity: "I don't think so, most of the time, the host hires the species that makes the fluid." "We just need to find out who it is, and stop them."

Latchgrip: "It's not going to be easy. The host is probably not even on the planet."

Tyranitar: "What about Black Venom? He seems to steal power for his own."

Victor Lightning: "He's perhaps the closest suspect to this crisis."

Salamence: "Now, we have to set a trap."

Garchomp: *facepal- er...claw* "You have been watching too much scooby-doo. Its not that easy."

Victor Lightning: "We all know how dangerous Black Venom is, Salamence. Dealing with him is not abstract simple anymore."

(Use picture only for un introduced characters.)

Swampert: "So, how do we catch him? Make a power show?"

Victor Lightning: "That would only drive him away, Swampert."

Meanwhile, in a small cave...

Saurava: "Hello? Who's there? Hello?"

BZZZZZZZZ [Beedrills swarm out from deep within the cave, the Saurava runs] Saurava: "Ahhhhhhh!!!! Help me!" [Saurava bumps into something and looks up.]

Saurava: "Please don't hurt me!" [Saurava puts its hands over its eyes.]

Entei: "Do not worry my child! I shall protect you!"

Entei: "Of course, I would never harm a fellow fire-type unless they attack me."

Saurava: "Thank you Mr. Entei, sir!" [Entei uses flamethrower, knocking out all the Beedrills.] Saurava: "Thanks! Your my best friend!" [Entei turns around and walks off.] [Saurava runs after him.] Entei: "You should leave me alone, or you'll get in alot of trouble."

Saurava: "So, I'm going to stay with you till I can return the favour!"

Entei: "Very well, but as soon as things get too intense I'm taking you home!"

(From another cave section)

Latchgrip: "I can hear someone nearby..."

Clinger: "Enh! Beh!" [peeks behind the cave walls, and listens in]

The mystery of the cave

Pikachu XXV: [listens for a few more minutes, then shrugs] "Well, whoever it was, they're long gone now."

Amp: "Pikachu, why have you never evolved?"

Charizard: "That is a very good question."

Pikachu XXV: "Because I can't. Because of the incidents at the Kanto Power Plant and New Mauville generator; the strange surges have somehow nullified out my ability to evolve. The Thunderstones do nothing, except raise my stats. Besides, I prefer not to evolve. No offense, Amp."

Lieutenant Magneton: "Many have the choice of not evolving, Charizard. They don't have to if they don't want to."

Charizard: "When I reached level 16, I panicked, and so, I evolved uncontrollably. I thought that was the end of my life, and what it feels like to die."

Latchgrip: "Of course. We won't force you to tell. That decision is also up to you, Hydro."

Victor Lightning: "That's the beauty of it. You always have a choice."

Hydro: "Anyone for training? We must have softened up, we haven't battled anyone for a while. So, moderate, hard, or ultra?"

Lieutenant Magneton: "Wait. This isn't going where I think it's going, is it?"

Hydro: "What do you mean, all we are doing is exploring a dungeon."

Lieutenant Magneton: "Ah. I see." (((For a minute there, I thought that she was about to say for me to get a Coronet Stone. I was worried for a moment.)))

Victor Lightning: "Wait a second. How could we have softened up? Not us, that's for sure."

Pikachu XXV: "Our team keeps in shape with routine training in the simulation fields."

The last time you really explored a dungeon was.......?

Lagoon: "When was the last time you explored a hard dungeon? And I mean explore, as in not plow through."

Victor Lightning: "Just a few days ago. 3 to be exact... Not plowing through it. Why would you think that?"

Lagoon: "Just asking. So, I will repeat what my friend Hydro Said, would you like to explore a hard dungeon, a moderate one, or an ultra hard one?"

Victor Lightning: "You know we prefer to do things in order, right? We start with moderate, then work our way to the last choice."

Latchgrip: "A strategy that involves preparation."

Hydro: "Preperation? For what?"

Lieutenant Magneton: "It's almost like level difficulty. You start off easy, or in this case: moderate, then work your way up from there."

Lieutenant Magneton: "And the options are from Moderate to Hard to Ultra Hard. So therefore we start with Surrounded Sea, right?"

Victor Lightning: "Then Surrounded Sea it is..."

They leave for surrounded sea

Victor Lightning: "I remember when we were first here. We witnessed someone finding Manaphy's egg at the end of the dungeon."

Hydro: "Oh yes. Fond memories of that manaphy. One night my husband Walrein brought him home. He told me all about you."

Lieutenant Magneton: "He was able to tell you all about us?"

Hydro: "Not everything, just the details....And he wanted toins of gümees....."

Victor Lightning: "Oh we knew Manaphy wanted tons of Gummis, but I thought when you mentioned Walrein, that he would refer to Walrein then. Then we were almost under the impression that they both wanted Gummis."

Hydro: "Actually, they did, but i was talking about Manaphy....He went insane ransacking the house for gumis....."

Pikachu XXV: "He ransacked the house?!!"

Lieutenant Magneton: "That must have been obsession, not appetite."

Victor Lightning: "No, we didn't spoil him, but he hardly did anything wrong. I would say that ruining the house was the first thing Manaphy did wrong."

Hydro: "Oh well. It was easy to fix. Oh! Its a Kingdra!" She fires Focus blast.

Victor Lightning: "Good shot, Hydro! I guess this means it's time to get moving. I have an idea of how to handle this. We'll take them down in groups until we meet up onto the next floor and plan another course from there."

Victor Lightning: "We'll handle it. Lieutenant Magneton will inform you once we've taken care of the monster house."

Victor Lightning: "Then together it shall be." [hovers into the air, and fires a Zap Cannon]

Gliscor: "Thats all of them."

[Team StormBlitz looks back at them]

Venusaur: "The mere memory of when we were only level 20 and we ran into monster houses..."

Victor Lightning: "Well, we're almost at the end of this dungeon..."

Pikachu XXV: "And there were more of those monster houses than usual..."

Amp: "Yes, something may be wrong."

Lieutenant Magneton: "I can't even think of what we'll find at the end."

Victor Lightning: "We'll attack them from the left... ...the rest of you take whatever direction you want."

Charizard: "Who put you in charge?"

Victor Lightning: [turns around, glaring at Charizard] "Do you want to fall from a full frontal attack against whatever's in there?!"

Victor Lightning: "Typical of rookies. Always thinking they're ready. That's why they challenge a strategy that's put in place. Team StormBlitz will attack from the left, anyway. Do whatever you'd like."

Amp: "Theres the Stairway!!" They head towards it.

[Team StormBlitz flanks the left side of the area upon arrival]

Victor Lightning: "Don't let your guard down just yet. It could be a trap."

Many Legendary pokemon jump out of nowhere

Latchgrip: "What are they all doing here?"

Victor Lightning: "They couldn't just all appear here at random."

Arceus: "Calm down everyone, we have guests."

Arceus: "This is a meeting of The Legendary Counsel."

Dialga TBH: "We make decisions upont all pokemon. What they should do as a team to make Origin a better place."

Victor Lightning: "Should we join in this meeting?"

Arceus: "You may. We normally do not let visitors join, but you look like a tough bunch and may be able to represent all Pokemon as a whole."

Pikachu XXV: "We're honored to be part of the meeting."

[Team StormBlitz joins in the meeting]

Arceus: "We have a problem at hand. A vicious murderer outlaw is murdering millions of Pokemon. And No one can catch it."

Arceus: "Yes, Millions." [A Video is Broadcasted upon the ceiling, it shows a shadowy figure in Zero Isle, holding some sort of Scythe]

Arceus: "Do you doubt your Alpha?"

Victor Lightning: "If you know about that wraith, then God must have told you directly. That looks like Death himself!"

Groudon: [Looks at Arceus, Arceus nods] "Yes. We believe he is the Pokémon manifestation of The Devil."

Victor Lightning: "This isn't right. This can't be happening..."

(Congratulations. Does this mean I can protect your pages?)

Lieutenant Magneton: "Why the Devil?"

Groudon: "He represents all evil. He also grabs the dead and pulls him down to his lair, Hell."

Latchgrip: "He left that dimension and pulled the dead back into said dimension? That's awful!"

Arceus: "Yes he did. Now, we need to track him down and stop him."

Victor Lightning: "I hope we can track him down quickly."

Lieutenant Magneton: "Of all of the enemies, we have to fight him."

Palkia: "The last place we tracked him to was The Final Maze. Please go defeat and arrest him."

Victor Lightning: "We're on the way. Don't wait too long to contact us."

Amp: [Worried] "Hopefully we can get through this place. Last time we tried, we hardly got out alive."

Victor Lightning: "That's because your team was alone."

Lieutenant Magneton: "What did Palkia mean by "arrest him"? Is this the actual Devil, or...?"

Arceus: ((If you do not find him there, he will most likely be in oblivion Forest. Possibly The Treacherous waters, Southeastern Islands, Inferno Cave, or Zero Isle Center. Yes he is the Devil himself. You are just arresting his manifestation of a pokémon.))

Victor Lightning: ((Arceus, I was planning on killing the manifestation....))

Lieutenant Magneton: "Well, shall we, then?"

Victor Lightning: "WHAT?!! What did you just say?!"

Arceus: "Do not kill the manifestation! If you do he will come back, but stronger! I Must deal with him!"

Victor Lightning: "Then find him and smite him! I want him dead!"

Lieutenant Magneton: "At once."