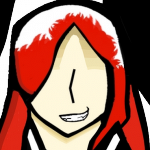 Sorry cam. Old page was impossible to salvage. I had to restart it. -Universal Guardian1003

Have you returned?-- What comes up must come down.... Speak To the wiki's Genius! A high IQ makes for lots of Contributions!

HAZZAH! Well, welcome back.-- What comes up must come down.... Speak To the wiki's Genius! A high IQ makes for lots of Contributions!

Before I say anything, I'm going to apologize for my immatue behavior last you saw me. I feel I've improved now, and am going to return within a few months, officially. Nevertheless, I would like to make myself of some help again. Artemis is back, and he's crazier, er, better than before! 23:05, June 15, 2011 (UTC)

It is, er, was, your birthday? Hmm. Sakky, get the cake mix

I'm happy to be back, even if sparingly. I don't know how soon I can start roleplaying again... At the moment, I'm probably going to wipe all my current articles and data, and start over with the new-and-improved unique world of Artemis. Artemis is back, and he's crazier, er, better than before! 14:23, June 17, 2011 (UTC)

RedYoshi attempted to return under a new username. I intercepted him just in time. Cmdr Lightning 21:12, August 10, 2011 (UTC)

Well, that was some charade he orchestrated. He even had me going for a second. Well, I might as well tell him that the charade's over. Cmdr Lightning 00:30, August 14, 2011 (UTC)

I apologize. I was just trying to have HZ tone down on the aggressive criticism he displays on the articles. Cmdr Lightning 19:44, September 21, 2011 (UTC)

I have asked wikia staff to add a new setting to the wiki, and they have done so. It's now faster to patrol the wiki, all you have to do is hit 'diff' in recent changes on an edit and then his 'mark as patrolled' under the info of the edit. If an edit has no red exclamation point by it in recent changes it has been checked by an admin, since only admins have access to the feature. — Universal The time guardian

Be sure to patrol edits in recent changes. If you need help with that, please see this help page. — Universal The time guardian

Just a heads-up, main page ads are being turned on for this wiki. Because of this, I've made a change to the main page in order to avoid a placement conflict between the content and the adspace. Without this change, the ad would display on top of the current content, blocking it from users. Obviously, you are welcome to make further adjustments as you see fit - this is just a "quick-fix" to avoid a visual conflict. Please feel free to contact me on my talk page if you have any questions, comments, or issues. Cheers!

It is done, Solar. I have restored the settings back to the correct rank. After all, I did say that when the time had come, I would lay down the bureaucrat powers that were temporarily given to me. And as such, upon your request here, the bureaucrat powers that were given to me have been surrendered. Also, I know there is still much to be done, and I will continue to maintain order on this wiki as is required. -Cmdr Lightning 22:56, March 14, 2012 (UTC)

Ummm..Hello, I am a new user and I would like some assistance. May I meet you on the chat?

hey could you help me im trying to delete these pages: Zero, Neer Blackheart, Luna Whitecross The Road to Accumula Town Blocked? Pichu vs Snivy! I'd like to start from scratchTrue-Clown-Prince 03:08, April 26, 2012 (UTC)

Ummmm, Hi there, I'm Bloodstar18, and I'm the head admin at World of Fanfictions Wiki (WOFW). It's a small writing wiki (you can write anything as long as it's fiction...like Pokemon Fanfiction), and I was wondering if this wiki could be affilates with my wiki. You can go check it out, it's really cool in my opinion. If you don't, thats cool too.

I have taken notice, and the thought put into it is quite organised and well thought out. However, knowing this is an alternate storyline situation, I am a bit conflicted. I will think about this for 12 minutes and let you know about my decision. Cmdr Lightning 01:33, May 23, 2012 (UTC)

Well, it's the first since I decided to permanently rebase myself here.

So yeah. Hi. It's me, 'Temis, being a pain and whack-a-mole for the fifth time.

Did you know you have an evil twin admin on SMWC?

Oh god, you still make me laugh so hard...

SMWC. Super Mario World Central. It's a site dedicated to hacking Super Mario World, and I'm a part of it because I enjoy doing so. It's so huge so that unless you make a huge contribution you don't really get noticed, which is fine by me. One of the admins there is named Camerin and he acts much like you. Tabula Rasa 03:36, June 28, 2012 (UTC)

I LOVE the Tales Of series. I've completed Symphonia (not 100%) and am stuck on Vesperia. I am a little sad I can't get other titles, but then I'm learning more about emulators and I suppose it's no problem to get some REALLY early titles.

A Tales of Fanon Wiki... Nice send me the link! :D

What's with the renaming? I don't like to do too much work renaming links while I'm on vacation. I'll do what I can, though. — Universal is Simple

Ok, I read the stlye guide and the rules. Should I give you a summary of a character I might create. Sorry if I'm asking an annoying question. I'm kind of new...

I have found evidence that Josh2846 resorted to sockpuppetry to continue his activity on this wiki, under the name Couy2865. He was editing Josh's articles, and the names of the images uploaded are obvious. I removed the double account for good measure. As for Josh2846, I will leave his fate to you. Cmdr Lightning (talk) 19:10, November 17, 2012 (UTC)

It's good to see you again. Just so you know, I had never given up on you. After all, you were the one that brought us together. I will not get in the way of your decision, because that decision is yours alone to make. Remember that no matter what happens, I remain loyal to you, as you have always been a close friend to me. Cmdr Lightning (talk) 20:50, February 17, 2013 (UTC)

Go ahead! —Universal The time guardian

Here is a link to my character! Click here.

sure that sounds pretty cool. I actually started one up, if you want to take a look at it. http://pokemonfanon.wikia.com/wiki/RP:_Lindsey_Versus..!_(Someone_join_in!_Anyone,_seriously_please_someone_join_in.._lol) Just give this a try first xD Maybe it'll be fun? --Orange Book (talk) 21:23, July 5, 2014 (UTC)

Okay, that's cool. I'll download it real quick. Do you have time right now to battle? It may take me a second to create my team, lol. But, I'd really appreciate if you could give this a try xD

What is this "plot reason" you speak of? —Universal The time guardian

Hello, it's your old friend again. If you see someone with the username KittenOfTheNorth sending a message on your page, it's actually Intrudgero98. His username has just been changed. I'm telling you and Uni beforehand so to avoid any possible confusion that might result. Cmdr Lightning (talk) 02:37, August 7, 2014 (UTC)

Hello once more. As 2015 approaches, I hereby wish you a great one.

Retrieved from "https://pokemonfanon.fandom.com/wiki/User_talk:SolariusFlare?oldid=323204"
Community content is available under CC-BY-SA unless otherwise noted.